On October 5, 1961, a convention was signed in The Hague by a number of countries, stating that the documents of these countries must be inspected for legalization by the authorities of the relevant country in order to guarantee the quality and originality of these documents. If a country has signed this so-called Apostille Convention, this means that the documents of that country must be provided with an apostille. (see example image of a Dutch apostille) 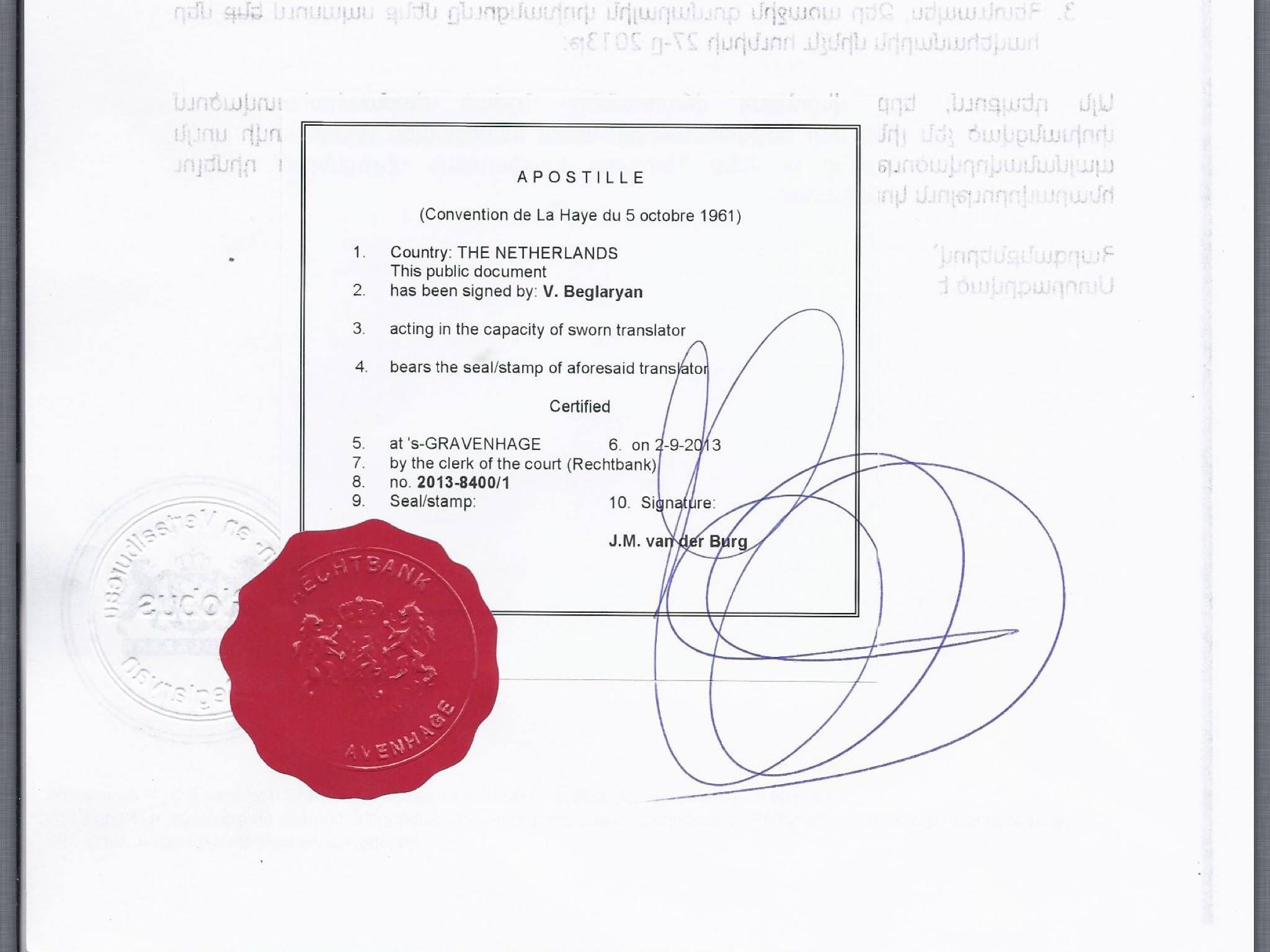 In concrete terms, this means the following for translations:

If a document issued by the Dutch government is intended for a country that has signed the Apostille Convention, the original document will first be provided with an apostille stamp from the relevant district court.

After these actions, the document can again be presented to the court for an apostille, in this case for the translator's work. If you have not been able to find the country in question in the list of countries that have signed the Apostille Convention, then legalization must be requested from the court, then from the Ministry of Foreign Affairs, and finally, the embassy of the relevant country. country.